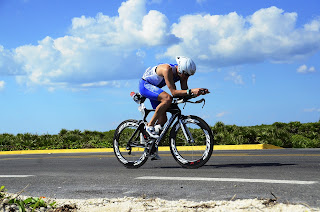 Ironman Cozumel, and all that it encompassed was a true adventrue. We loved it. The race didn't go as I hoped, but that is pretty much the norm for ironman distance races. I finished (PTL!) in just under 10hrs 36min. Here's how it went down in a sentence or two ...

Swim: A lot has been written about the swim in this year's race. It was epic. I was about 8 minutes slower than I hoped, which was a good bit less damage than many incurred ... 1:04:30

Bike: Tough ride. The lack of elevation change made it uncomfortable for me after about hour 4. The winds on the exposed side of the island were humbing. 5:21:19.

Run: HOT! Severe stomach cramps set in early at about 10k. Soon thereafter the race stopped being about time/placing and became all about getting across the finish line. Thankfully I made it.

2012 was one of my best years racing triathlon. I was able get the overall win in 2 triathlons and 1 duathlon and podiums in several other races, finishing no lower than 4th place in any race in the state. I finished the SCTS year-long points race in 3rd place. Winning the Lake Murray Triathon was perhaps the highlight of my racing "career", having been voted most popular race in the state series and the longest running triathlon in this area. As trivial and cliche as it sounds, it was a dream come true. I was also exceedingly pleased to go 4hrs 14min for the half distance in Charleston. That was 5 minutes faster than my previous PR for the half ironman.

Now it is time to take on some new challenges and focus my energy more on the needs and desires of the family. I won't be racing in 2013. It will be an awesome year nonetheless and I'm very excited about the projects and excursions I have planned and the hobbies I'm rekindling. Send me a friend request on Facebook if you want to see what I'm up to. 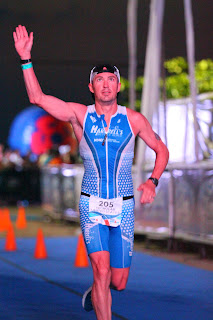 Hanging up the bike shoes for 2013? Have fun in the new adventures bro. I hope the family has some good stuff in store for you.

Great job at IMCoz! i was tracking you online and you still pulled out a great time.

Thanks John. Maybe just hanging up the race wheels. Will keep running and riding a few times a week to stay healthy. Good luck this year with your races.

Sad to see you go. Maybe do some sprints for fun. You don't have to say goodbye.

Nick
Hi, may name is Nick Brunson and this is a blog about my adventures as a triathlete, husband, father of 3, Christian, and life-long resident of the South.